Decades of conflict and war, punctuated by moments of popular uprising and hope – the whole region of the Middle East and North Africa has been in constant political and religious turmoil for as long as most of us can remember.

Many Christians in the west know very little about the existence of Arab and other ancient Christian communities in the region, some tracing their roots back to biblical times. Yet they are our sisters and brothers in Christ, and we ought to be far better and more prayerfully informed about the realities and challenges they face.

In this year’s John Stott London Lecture on Thursday 7 November, Dr Riad Kassis will give a brief historical survey of Arab Christianity and its present status. He will help us to think biblically, and to be discerning in the theologies we embrace, as he addresses both the good and the bad results of the so-called ‘Arab Spring’. He will also suggest a few ways in which British Christians can play a positive role in the Middle East and North Africa region. 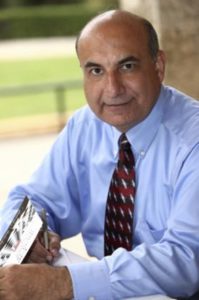 Rev. Dr. Riad Kassis was born in Tripoli, Lebanon, raised in a devout Presbyterian home and is now an ordained Presbyterian pastor. He still lives in his native Lebanon, in the Beqaa Valley. He is the international Programme Director for Langham Scholars, one of the three ministries of the Langham Partnership. He also serves as Assistant Professor of Old Testament Studies at the Arab Baptist Theological Seminary, in Beirut. From 2012 to 2018 he was international director of the International Council for Evangelical Theological Education, and serves on the international board of IFES. He has degrees from several countries: a BA in Economics in Damascus, Syria; MDiv in the Philippines; MTh from Regent College, Vancouver; and his PhD (as a Langham Scholar himself), in Old Testament studies from Nottingham University, UK.

Riad has written several books in both English and Arabic, including commentaries on some Old Testament books. He is a contributor to, and one of the editors of, the outstanding Arabic Contemporary Bible Commentary, a one-volume commentary on the whole Bible written entirely by Arab Christian scholars. He contributes internationally on issues related to theological education, leadership, organizational development, and contextualized understanding of the Old Testament.