We are living in a time of crisis for the planet. Our overuse and misuse of water, energy and food has led to dangerous levels of habitat loss, pollution, soil degradation and ocean acidification. As a result we face the giant issues of climate change, biodiversity loss, disease and poverty.

A Rocha has always been a voice of hope in the environmental space. The Field Notes podcast, hosted by Peter Harris and Bryony Loveless, is an exploration of the ideas, practice and experience making a difference on the ground, through conversations with people who really know what they are talking about – from conservation scientists, explorers and biologists, to artists, entrepreneurs and theologians. They have hopeful stories to tell. 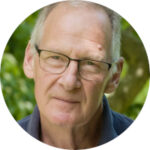 Peter co founded A Rocha in 1983 in Portugal. He is a birder and photographer and likes nothing better than getting stuck into an interesting conversation. He has a wide array of interesting friends from whom we sourced the guests for this podcast. 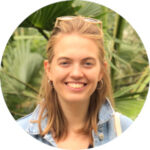 Bryony is a Policy Researcher for A Rocha International and wasn’t even born when A Rocha began! She cycles across vast distances every weekend and only sometimes falls off.

New episodes every two weeks. Available wherever you get your podcasts. 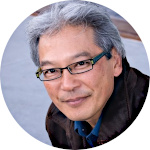 What role does reconciliation, mediation and forgiveness have in tackling the climate crisis?

For more information about the Great Bear Rainforest visit http://greatbearcorp.ca/about/

Episode 2 – Florence Muindi on health, poverty and conservation in the global south 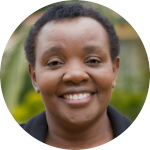 Is nature conservation a luxury for those who live in such poverty that even their survival hangs in the balance? Dr Florence Muindi is a medical doctor and founding president of Life in Abundance International. As a young adult, Florence felt called to serve some of the most vulnerable communities in Africa. She soon learnt that if she and her colleagues were to make any impact on all the causes of deprivation then an integrated approach was essential. In this episode, she talks with Bryony and Peter about her life, how her thinking and her work has developed, and about the importance of nature conservation for some of the poorest places on earth.

As CEO, Dr Florence Muindi oversees the work of Life in Abundance in 12 countries in Africa and two in the Caribbean, as well as support offices in the US, UK and Europe. She is considered a sector leader in transformational community development work. Florence is a wife to Dr Festus Muindi, a mother, an ordained minister and an A Rocha International trustee. She is the author of ‘The Pursuit of his Calling’ (Integrity Publishers Inc: 2008).

Life in Abundance is an African-founded, African-led, and faith-based organization with over 25 years of experience bringing hope to more than a million people in need. Visit https://lifeinabundance.org for more information.

Episode 1 – Why we cannot afford not to have hope: Paula Banza on community, moths and wildfires 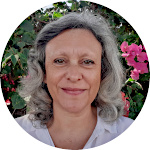 Dr Paula Banza talks to Peter and Bryony about moths and their little-known role as pollinators, and what it was like seeing her study site destroyed by fire only to recover before her eyes. She also shares insight from her 30 years living and working with the A Rocha Portugal community, and the parallels there are in the interdependence of human relationships and natural ecosystems.

Find out more about Paula in this short film.