From Eco Church to Église Verte

Around the world, the Church is going green. After similar ‘Eco Church’ movements in countries such as the UK, Hungary and Canada, it was France’s turn on 16 September. Église Verte, a joint national initiative of Roman Catholic, Orthodox, Protestant and Evangelical churches, was launched in Paris in a climate of hope.

A Rocha France has been involved in Église Verte from the first steps. Paul Jeanson, National President says, ‘We are very excited with the way that all French denominations have welcomed this project. The Église Verte label will be a wonderful tool for engaging local Christian communities in the care of creation. This journey is just getting started: we are aware of all the work that has yet to be done to get the network going, much of it by A Rocha.’

All progress is acknowledged, from ‘Mustard Seed’ for setting up a steering group, to ‘Cedar of Lebanon’ for major compliance in all areas of the eco-questionnaire – including helping other communities become Églises Vertes themselves!

Are you part of a church or other Christian community in France? Do you have friends there? Talk to us! Let’s go green, for the love of God and his beautiful creation. 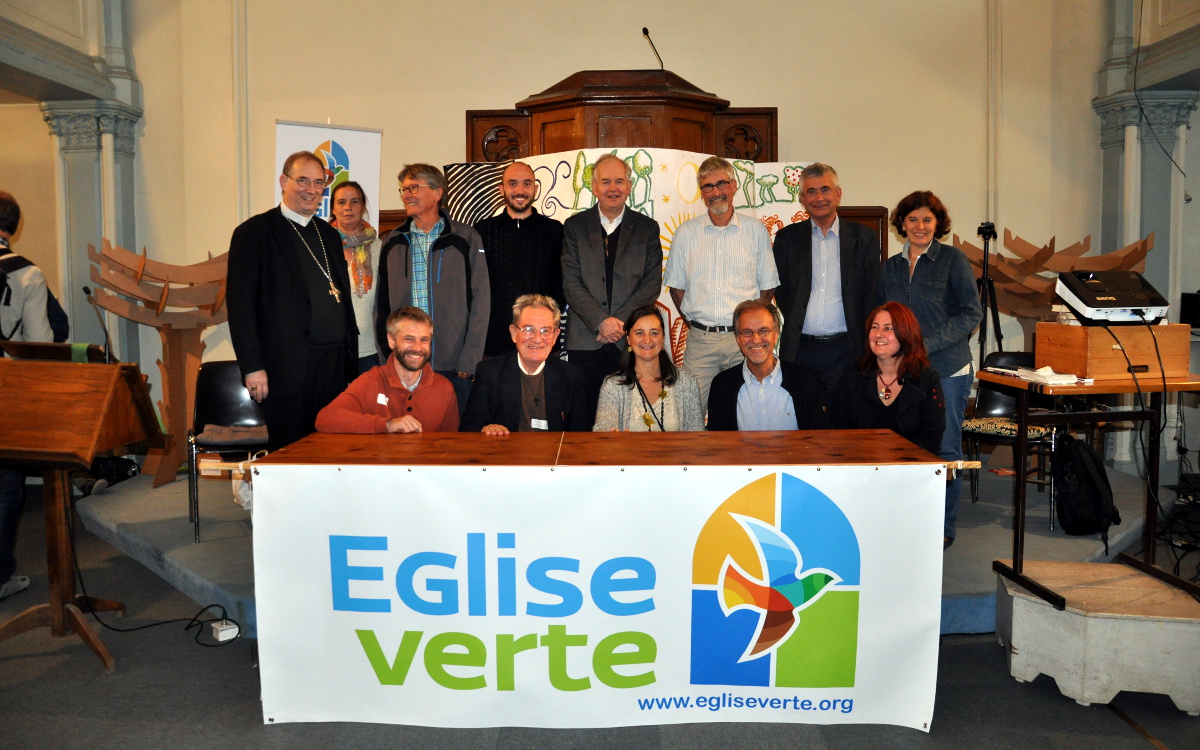 Church leaders at the launch of Église Verte.