In last month’s ‘Saving Atewa forest’ appeal we reached our target to raise £10,000, which will support a better future for local people and the safekeeping of this forest in Ghana. And because we did, we will receive an extra £10,000 as matching funds! Thank you to all who gave, prayed or passed on the plea!

If you were following along on Facebook, you may have gathered that we recently introduced a series of camera traps into the forest that are monitoring and recording some of the species that live there. The photo below caused particular excitement for A Rocha’s Science and Conservation team, because it shows a species that was not previously known to occur in Atewa: a White-bellied Pangolin! 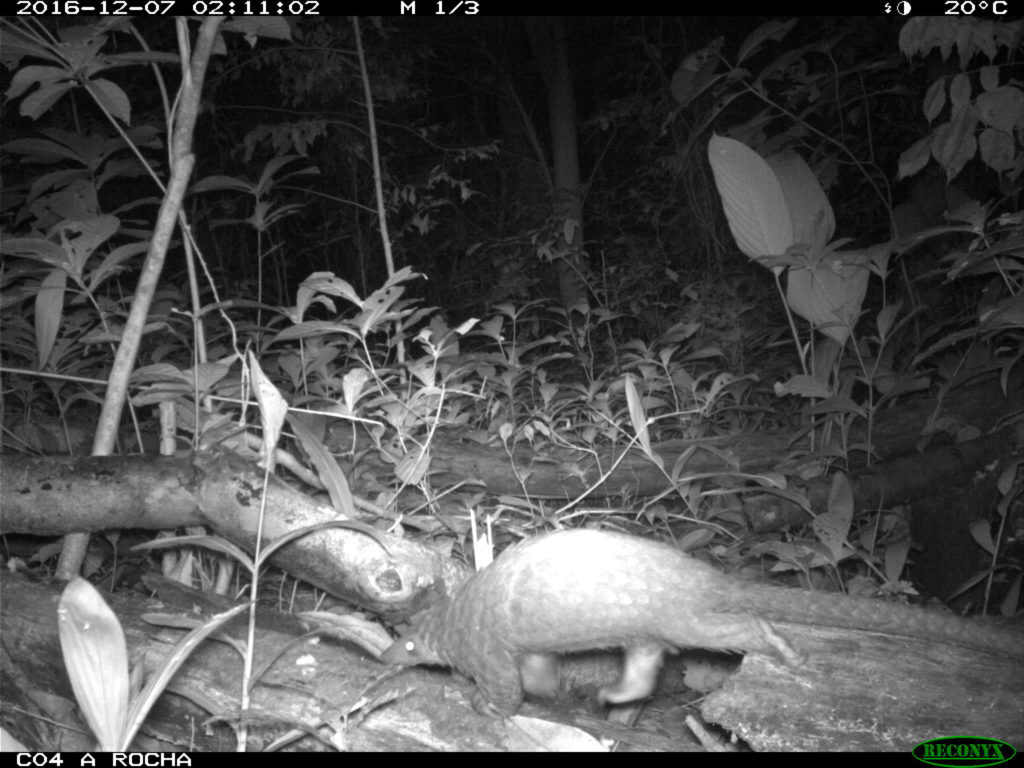 The White-bellied Pangolin is a threatened species, mainly due to the impact of bushmeat hunting and the use of their scales in traditional Chinese medicine. So its presence in Atewa strengthens the case for protecting its habitat as a National Park.