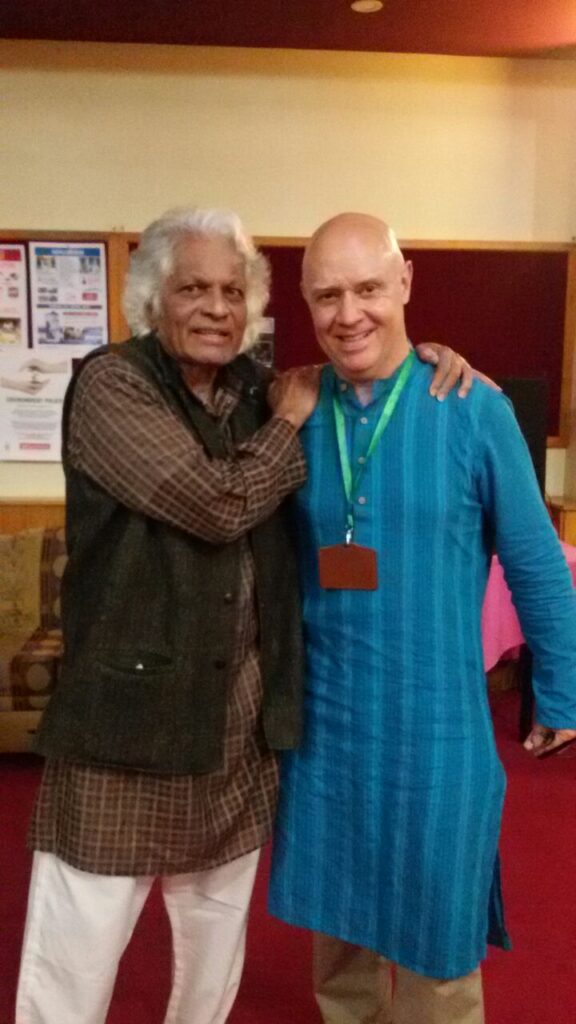 ‘I cannot remember when I first met Ken Gnanakan, because he always seemed to be part of my life,’ reflects Dave Bookless, A Rocha International’s Director of Theology. ‘He was a person you wanted to spend time with: gregarious, funny, subversive, thoughtful and hospitable. A true polymath involved in multiple projects and passions: poet, preacher and philosopher (PhD from King’s College, London); artist and author; mentor and musician (member of the ‘Indian Beatles’ in the 1960s); educationalist and economic reformer.

Ken was also a global pioneer of creation care, initially influenced by Francis Schaeffer’s Pollution and the Death of Man (1970) and by John Stott’s writing in Issues Facing Christians Today (1984). He always sought to ground ideas in practical realities so, as he established ACTS Ministries in Bangalore in 1979 as a hub for Christian education, training, agriculture, healthcare, and social transformation, there was an environmental dimension from the start. Over the years this has grown and developed, including recycling waste from neighbouring communities to make road-surfacing materials (from crushed plastic), energy from waste, reedbed and gravel filtration for sewage, sustainable agriculture and eco-toilets for slum communities. Perhaps its largest initiative, long before most had heard of environmental education, has been PEAS, the Programme for Environmental Awareness in Schools, a national movement with education materials, competitions and conferences.

Ken’s practical work stemmed from his clear biblical worldview. In 1996, when Ken was Chair of the Asia Theological Association, he and I took part in a consultation for the World Evangelical Fellowship (now WEA) Theological Commission, resulting in a paper on responsible stewardship of God’s world. Three years later he produced Gods’ World (SPCK, London, 1999) which remains a clear and concise biblical overview of the call to care for creation.

Ken was truly a giant in terms of Christian leadership and in letting the Lordship of Jesus Christ influence every area of his life. History will show his influence, particularly in helping evangelicals recover creation care to its rightful place in the mission of God’s people. He was always interested in and supportive of A Rocha, particularly when A Rocha India was established in Bangalore. He will be hugely missed by many, and not least by his wife Prema, his children Santosh and Anupa, and his grandchildren.’