Terns get their turn in the Netherlands

A Rocha Netherlands group based in the Medieval town of Zwolle has successfully used artificial nesting rafts – or breeding floats – to encourage Black Terns back to the Schellerwade, an old tributary of the IJssel river where they used to breed many years ago.

National Director Embert Messelink explains: ‘Nine of the breeding floats are now occupied and from the nearby dyke, passing cyclists enjoy the terns’ regular comings and goings. The Black Tern Chlidonias niger spp. niger is recorded as Endangered on our national red list, as we now only have around 1,300 breeding pairs in the Netherlands – a huge contrast to the 20,000 pairs of years ago. It’s encouraging to see how the birds have claimed the breeding floats to create their nests.’ 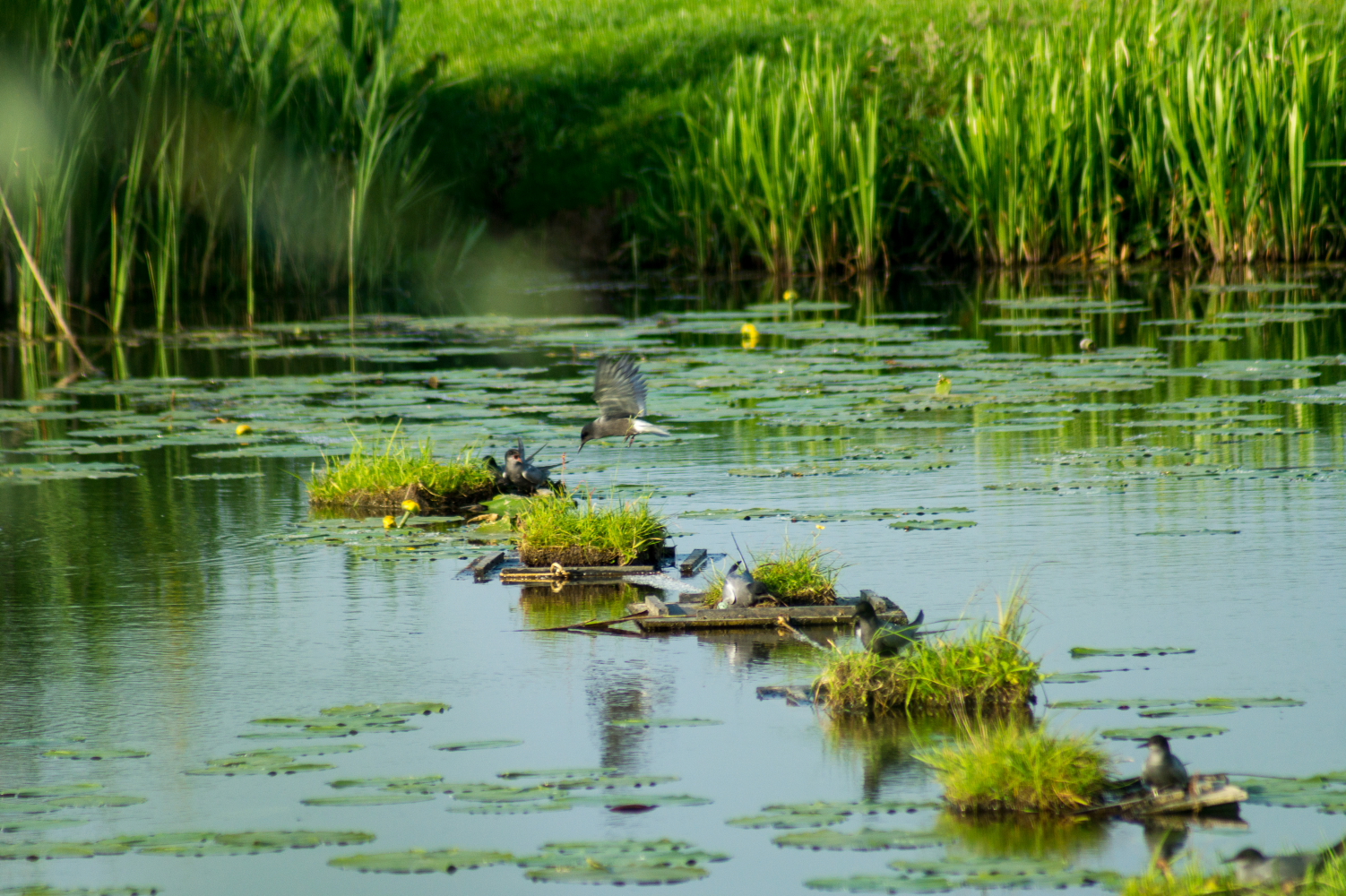