♥ Tiger, male: looking for a female companion. Must be willing to travel to Bannerghatta Biological Park. Prowess in hunting appreciated. ♥ 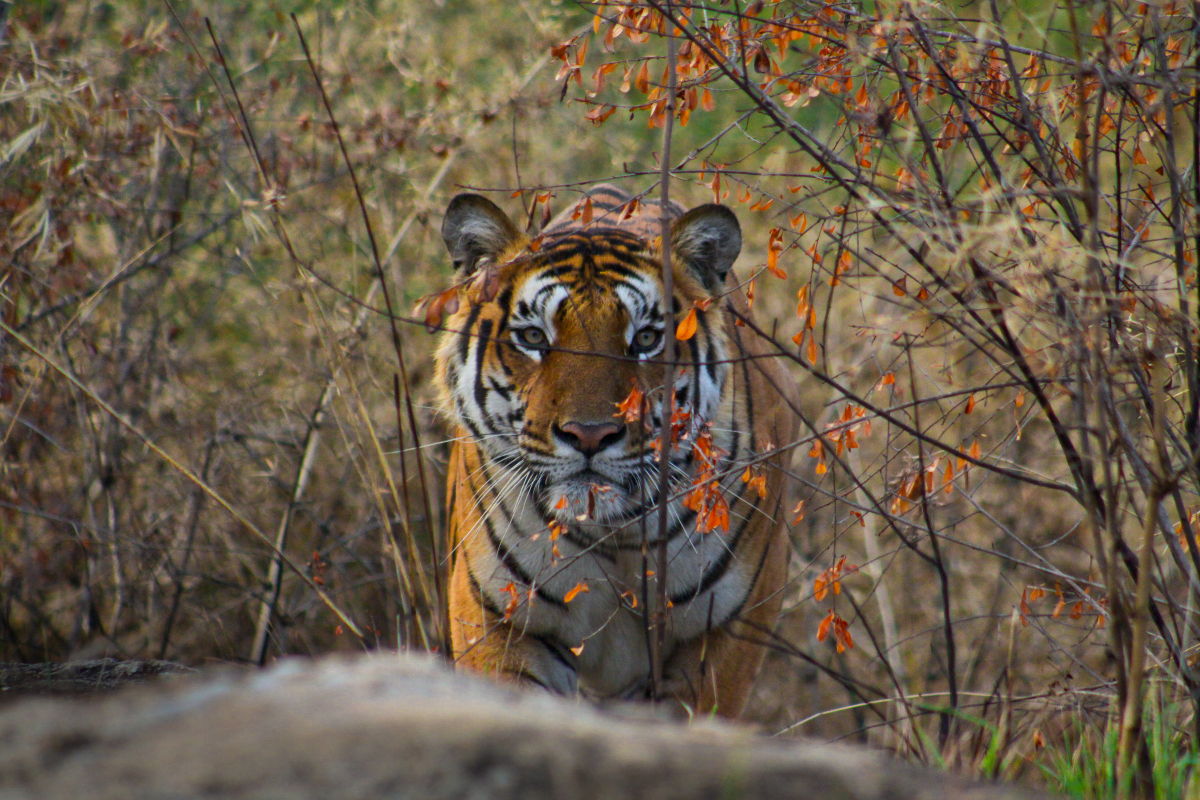 For the last two and a half years, a male tiger has been living a solitary existence roaming Bannerghatta Biological Park: an area within the National Park comprising a zoo, safari, butterfly park and recreation centre. But it has never before had a resident population of this big cat. Ever since his arrival in July 2015, A Rocha India scientists have tracked the animal to understand his behaviour, habits and range.

Sagarika Phalke, Program Officer, explains, ‘Much of his movement has been confined to the northern part of the park due to the presence of captive female tigers in the zoo. Our handsome, striped male is looking for a mate.

With no access to the captive females, we wonder what the future has in store for him. Will he eventually relocate south to known tiger habitats? Or will he attract the attention of a young, wild female and convince her to move in?’