Very few Christians seem to think that the growing environmental crisis has anything to do with them – and very few environmentalists expect better of Christians. As a very small first step, the A Rocha Trust is set up as a UK charity to establish a Christian field study centre in Portugal and the Harris and Batty families move to the Algarve.

The first ever A Rocha meeting near Liverpool, England, in 1983

A centre is established on the Alvor estuary and to everyone’s surprise there is a very good local response. The early results of field studies and school work begin to attract interest. Gradually national participation and leadership grows, as does the international influence of the project. Visitors begin to arrive in significant numbers from many countries. 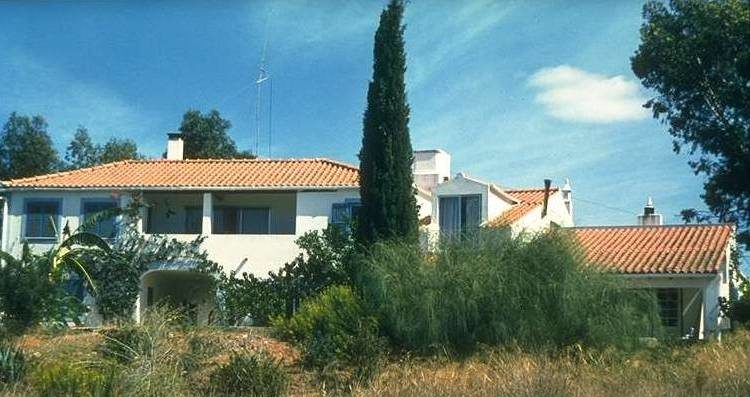 The Portuguese project is under national management, so the UK Trustees decide to respond to requests for help from elsewhere. The decision is made to focus on distinctively Christian projects for nature conservation in particularly needy parts of the world. Peter and Miranda Harris begin travelling to help other national projects get off the ground. An office and a membership scheme is established in the UK. Five new A Rocha projects begin to develop in Lebanon, Kenya, France, Canada and the UK. Discussions are held in several other countries where Christians want to begin practical projects to express their sense that God cares deeply for his creation. All in A Rocha become aware that they are fully stretched, but that much more could be done if we had the resources.

Early discussions at the Aammiq Wetland, Lebanon, May 1998

We have become an international network of national movements, each with their own local relevance, support and impact. We are preserving wetlands in Lebanon and Portugal, working in a Kenyan forest, teaching in France and the UK, and organizing activities in Canada. Two more national associations are launched, in the USA and the Czech Republic. Everywhere there is a witness to the relevance of the Christian gospel. New Trustees and Council members join us from other parts of the world. A Rocha is changing fast but remains a distinctively Christian organization, focused on working in places where resources for both nature conservation and Christian witness are particularly needed.

With A Rocha projects in eight countries, all at different stages of growth and development, it becomes essential to design a structure for our future work that allows complete freedom of initiative and action for the national movements, while ensuring accountability and exchange of experience through the new umbrella organisation, A Rocha International.

In September 2000 David Payne becomes Managing Director of A Rocha International and, with his wife Betty, join the small existing team: Peter and Miranda Harris and Barbara Mearns. Their role is to ensure training and resources for all the projects. 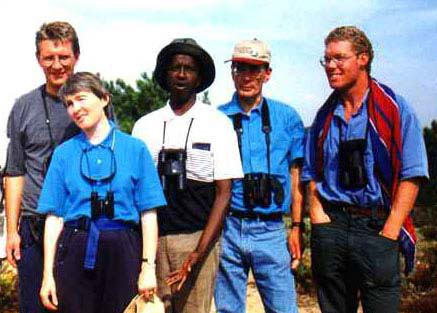 Project leaders, and the leaders of national committees meet together from time to time to pray, study and learn together (November 1999)

2002 is an exciting year, with nearly all the existing teams growing in size. During the next four years eight new National Organizations formally join the family: Finland (closed in 2020), Bulgaria (closed in 2015), Netherlands, India, Ghana, South Africa, Peru and Brazil (closed in 2020).

Climate Stewards is launched in 2006 to encourage us all to reduce our carbon footprint and offset unavoidable emissions. Climate Stewards now supports community forestry and cook stove projects in Ghana, Kenya, Mexico, Nepal and Uganda.

Official launch of A Rocha Netherlands

After operating with a small dispersed International Team for eight years, A Rocha International restructures in 2008-2009 so that the leadership is shared by a small Management Team based in the UK. More specialists join, including Dave Bookless, to provide theological leadership and ensure that our science-based conservation is integrated with our biblical values.

Three new National Organizations join the family: New Zealand, Switzerland and Uganda, bringing the total to nineteen. Others expand in influence. In Canada, there are now three hubs: in British Columbia, Manitoba and Ontario, whilst Good Seed Sunday helps churches all over the country to care for creation.

A Rocha Ghana rapidly adds new programmes, so that by 2013 there are operational bases in five regions, protecting some of the best wildlife sites, from savannah around Mole National Park to mangrove-fringed coastal lagoons. Their most ambitious programme is designed to protect Atewa Range Forest Reserve from industrial mining, with activities at local, national and global levels.

Since 2012, A Rocha Ghana has been supporting the conservation of the wonderfully diverse wetland and forest habitats of Lake Bosomtwe (Chris Naylor)

On Monday, 28 October, Peter and Miranda Harris and Chris Naylor, A Rocha International Executive Director, together with his wife Susanna, are involved in an horrific car accident in Port Elizabeth, South Africa. Miranda, Chris and Susanna do not survive. A profound and painful shock is experienced by everyone in the A Rocha family and many friends and supporters around the world.

Research and conservation: The world’s most wildlife-rich sites are still being destroyed or degraded at a frightening rate. So we have established an African Forest Programme to conserve 50,000 hectares of threatened forests across Ghana, Nigeria, Uganda and Kenya, and a Marine Conservation Programme to protect oceans and support the people who depend on them.

Resourcing the global church: To embed creation care within the DNA of both local churches and global movements, we are identifying and training key speakers, creating and curating online resources, engaging influential theological institutions, disseminating church engagement programmes (such as Eco Church and Eglise Verte) and multiplying A Rocha’s reach through partnerships with global networks.

Environmental education: Each year A Rocha involves thousands of people, of all ages and many faiths, in activities which introduce them to local and global issues.