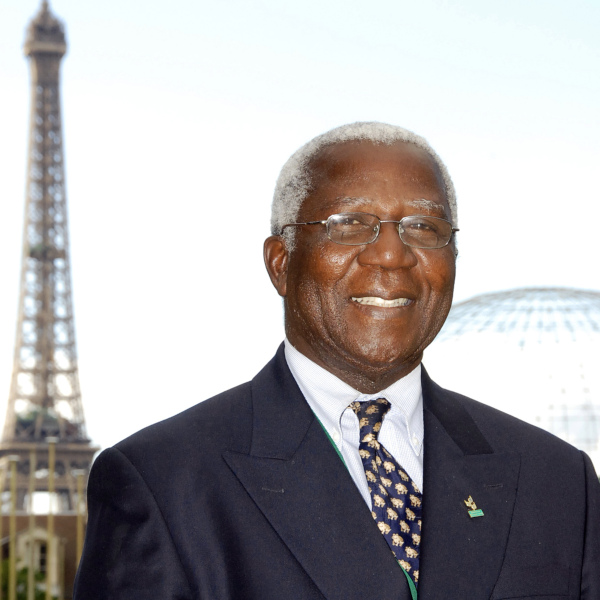 Professor Alfred Oteng-Yeboah started his university teaching career in 1973, after completing his PhD at the University of Edinburgh, Scotland in 1972. He has since taught and trained many students in several universities in Africa, including universities in Nigeria, Kenya and his native Ghana. He is now retired from the Department of Plant and Environmental Biology, School of Biological Sciences (University of Ghana).

Alfred’s interest in biodiversity spans several decades of research and advocacy in various subject areas, including local and traditional knowledge systems in Ghana. He contributed to the development of the 2016 to 2030 Sustainable Development Goals (SDGs), and has published extensively on the Environment and Biodiversity for both local and international audiences. His outstanding contribution to international conservation was publicly recognized in 2020, when he received the John C. Phillips Memorial Medal, IUCN’s highest conservation award.

Alfred has also has previously chaired many high profile local and international meetings, boards and organizations, including the Subsidiary Body on Science, Technical and Technological Advice to the UN Convention on Biological Diversity (2000 to 2004), Standing Committee of the UN CITES (2005 to 2008), Council of the Global Environment Facility (2004 to 2010), and Standing Committee of the UN Convention on Migratory Species (2009 to 2011). He is also a founding bureau member and a former Vice-Chair of Intergovernmental science policy Platform for Biodiversity and Ecosystem Services (IPBES), representing Africa.

He currently chairs the Steering Committee of the International Partnership for Satoyama Inititative (IPSI) – focused on developing tools for ‘sustainable use’ – and chairs the Ghana National Biodiversity Steering Committee and the A Rocha Ghana board. Alfred has advised on and been directly involved in some of the flagship projects of A Rocha Ghana, such as the campaign to save the Atewa Forest (a biodiversity hotspot and a water tower) from gold and bauxite mining.

Alfred is married to Rev Mrs Lily Oteng-Yeboah, a retired clergy of the Presbyterian Church of Ghana. They have five children.