In October 2019, Peter and Miranda, along with their colleagues Chris and Susanna Naylor, were in a horrific road accident while on a work trip in South Africa. Only Peter and the driver survived. He has spoken about life since in this short film. At the end of May 2020, Peter retired and continues to serve A Rocha in a voluntary capacity. 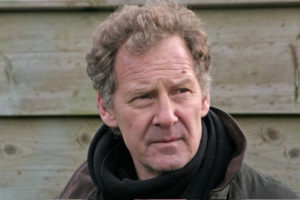 After working as an English teacher at Christ’s Hospital, and then as an Anglican clergyman near Liverpool, UK, Peter and his wife Miranda moved to Portugal in 1983 to establish and run A Rocha’s first field study centre and bird observatory. In 1995 the work was given over to national leadership and they moved to France where together with national colleagues they oversaw the establishment of two other centres while travelling to resource the growing movement of Christians active in nature conservation. Peter and Miranda returned to the UK in 2010.

The A Rocha story is told in Peter’s first two books: Under the Bright Wings (Regent College Publishing, 2000), and Kingfisher’s Fire (Monarch, 2008).

Keeping Faith in Fundraising (Eerdmans, 2017) has been written with Rod Wilson and raises questions about the nature of philanthropy and fundraising in contemporary culture. Fundraising has been an essential element of life for both authors and so they reflect, from experience on both sides of the Atlantic, on how Christians can best raise funds with integrity.

I think I’ve got the best job in the world because I get to meet so many remarkable people. It is also a privilege to talk frequently about our Christian approach to conservation with many across a wide range of backgrounds.

Are you focusing on any particular group at the moment?

I often meet with entrepreneurs, investors and conservation leaders, trying to develop ways to create jobs and wealth and improve the environment instead of over-exploiting it.  In poverty relief, business models are beginning to take some of the strain off philanthropy, but as conservationists we are only just beginning to exploit exciting new opportunities.

As you look back over three decades, and the way in which A Rocha has grown from one small field study centre, what most surprises you?

It’s the way in which our original vision for Christians caring for creation has permeated all levels of society in so many cultures. For example, on a visit to A Rocha Kenya in early 2015, I talked with a government minister, who is a deeply committed Christian, about the difficult choices now facing those involved in planning the country’s future energy production. That same week, Miranda and I had spent a day with an A Rocha Kenya colleague living ten miles from any water or electricity supply, who writes achingly beautiful hymns in his local language about the need to care for God’s world.

Christian hope.  Despite all the environmental devastation which I’ve witnessed, I believe that God loves his world, and that will inspire great things short term and renew everything in the end.