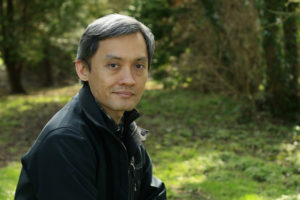 Formerly a pastor at a suburban Chinese church in Toronto, Canada, Samuel moved to Vancouver to study at Regent College in search of a deeper understanding about the intertwined relations between modern Christian faith and consumerism. There he met A Rocha, felt excited about Christians in Canada and around the world already getting involved in care for God’s creation, which is his long held passion, and subsequently joined the A Rocha Canada team in 2010, to reach out to the Asian communities in Canada. In 2012 he joined the international team part-time (based in Vancouver, with his wife Rebecca) to coordinate our outreach project in the Asian-Pacific regions.

Augmenting his A Rocha work, Samuel is a licensed Official Worker with the C&MA in Canada, the denomination he has been associated with since the early 1990s, with a specific role to foster conversations and engagements on creation care within the churches and beyond, both in Canada and internationally.

Tell us about your work in the Asian-Pacific regions.

I’m helping to nurture creation care movements by bringing our regional contacts together, inspiring local action groups to be formed, and helping these groups and networks to think through how they might put their convictions into practice. In Singapore, the group undertakes a bi-monthly amphibian diversity survey in urban parks and in the Philippines, there is a well-established group keen to become an A Rocha Associated Project, so I’m guiding them through our requirements. I’m also in continuous dialogue, providing assistance as requested, with groups in Kuala Lumpur, Hong Kong and Taipei.

You translated Planetwise into traditional Chinese. Why was this so important?

The Chinese Planetwise was published in 2015, in Taipei. East Asia is enjoying unprecedented material prosperity but for millions of people it comes at a heavy cost with increasing disease due to severe air and water pollution. We are also seeing a devastating loss of natural habitats and shocking impacts on wildlife. Yet, until 2015, there was virtually nothing in Chinese on the Biblical basis of environmental stewardship, so there was an urgent need for Chinese-speaking churches around the world to have this resource. And it really is being read around the world!

Tell us more about the response to the book.

The publisher tells me that it has been well received in Taipei, particularly by the younger generation. Reading groups formed to discuss the themes in Taipei, Hong Kong, Vancouver and Toronto. The pastor of a large congregation in Toronto preached about creation care for the first time after reading it! I was invited to preach in a Chinese-speaking church in Paris, whilst participating in the COP21 climate change summit, so presented the book to two churches there and received positive feedback. Many Asian young people study in Europe or North America and then return home.

I long to see Planetwise published in other Asian languages or even better, stimulating materials by indigenous scholars and writers.

What else are you doing at the moment?

I have a coordinating role for the upcoming East Asia Regional Conference on Creation Care and the Gospel, to be held in Taipei in July 2017. We look forward to the participation of representatives from Japan, Korea, Taipei and mainland China, Hong Kong and other neighbouring regions. This is part of the global campaign initiated by the Lausanne Movement and WEA, in which A Rocha has been a partner since 2012.

When I’m talking to Christians, and they realize that the gospel is much bigger than they thought, that it’s relevant to every part of their lives, that’s exciting.

For a longer interview with Samuel see the International News, issue 55.

Our projectsSign up for our mailingsDonateGifts With A DifferenceOur blog
Trees take on climate change 1 Mar 2020
Good news for the ocean and the forest! 1 Mar 2020
Latest news
Introducing A Rocha Portugal’s new Centre Directors 1 Mar 2020
Battling bushfires 1 Feb 2020