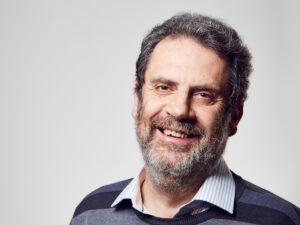 Simon stepped down from A Rocha International’s board of trustees to become Executive Director in December 2020. He was formerly Director of Strategic Conservation at Synchronicity Earth, and he remains their Chief Scientific Adviser on a part-time basis.

Simon has undergraduate and doctoral degrees from the University of Cambridge, with fieldwork in Tanzania and Cameroon. He has over 30 years of experience with the International Union for Conservation of Nature (IUCN) and its Species Survival Commission (SSC). Simon started work on the African Bird Red Data Book in 1983. He joined the IUCN Secretariat in 1986, and was Head of the Species Programme (1990–2000), Acting Director General (2000–2001), Head of the Biodiversity Assessment Unit (2001–2005), and Senior Species Scientist (2005–2008). He was elected Chair of the SSC at the IUCN World Conservation Congress in Barcelona in October 2008 and held this position until 2016. He joined Synchronicity Earth in 2017.

Simon has been instrumental in the species conservation movement, working on a number of global initiatives such as the development of the scientific basis of the IUCN Red List of Threatened Species, the Global Amphibian Assessment and the Key Biodiversity Areas Partnership. He helped to found the Amphibian Survival Alliance and the Asian Species Action Partnership, and has played important advisory roles, for example with the Convention on International Trade in Endangered Species of Wild Fauna and Flora (CITES) and the Convention on Biological Diversity (CBD). He is on the board of Fondation Segré, and is an advisor to the Durrell Wildlife Conservation Trust and the Rainforest Trust. Simon has also authored numerous high impact scientific papers and books. In 2020 he was awarded the Blue Planet Prize especially for his work on the IUCN Red List and on amphibian conservation.

Simon lives in Bath, UK with his wife Ann, where they are active members of Holy Trinity Combe Down. They have two adult daughters.

My interest in conservation started as a child, earlier than I can remember. A fascination for wild animals and plants has always been in my blood, and am especially interested in amphibians, reptiles and birds. A career in conservation was the only option for me.

I first came across A Rocha in 1983 – the year that it was founded. There was an A Rocha stand at the Greenbelt Festival that year. But I was an inactive member until I met Matthias and Rebecca Stiefel in 1999 when we were living in Switzerland. Matthias was Chair of the A Rocha International Trustees at the time. He and Rebecca introduced us to Peter and Miranda Harris, and the rest is history. I served as a trustee from 2001 to 2009, and again from 2017 to 2020. A Rocha was a life-changer for both Ann and me, as it has given us both the theology and the community to bring our Christian faith and passion for conservation together.

What are you looking forward to in your role as Executive Director?

I see my role as helping to bring the new Covenant that has been signed between the A Rocha organizations into reality. This means building a worldwide family in which we have mutual accountability to – and responsibility for – each other. I am already enjoying getting to know people throughout the A Rocha Worldwide Family, and am tremendously encouraged by the quality and commitment of the people who God has called into our organizations. I also look forward to seeing A Rocha becoming even more effective in our conservation work, and demonstrating to the secular conservation world that Christians can show our commitment to Christ by looking after the world he has made, and taking science seriously.

I love being out in nature, listening to birds, and finding wild animals and plants. I love being with my wife Ann, and daughters Claire and Jyo. I love to talk with people, to learn from them, and to help them grow professionally in their work. And I love listening to classical music!

The passion that God has given me for his Creation – both the people in it and the other species with which we share the planet.