This project, conducted in collaboration with several other organizations, focuses on the habitats of the sand lizard, stoat and least weasel in order to maintain their distribution in the Gros-de-Vaud region, where populations have been gradually decreasing. It is time to actively intervene to ensure their conservation.

The sand lizard Lacerta agilis and the small mustelids – stoat Mustela erminea and least weasel M. nivalis – are species typically associated with small structures. They require buffer zones such as grass strips, diversified forest edges and hedges to move under natural cover between breeding, resting and feeding sites. Through their diets, they actively control pests in fields and pastures, especially voles. On average, an ermine family can eat 50-100 voles per week; they are therefore very helpful to farmers and foresters. In addition, these are considered umbrella species: the improvement of their habitat is beneficial to many other organisms.

Looking at their distribution in Switzerland over the last fifteen years, these species have clearly decreased almost everywhere, including in the Gros-de-Vaud – the region between Yverdon-les-Bains and Lausanne. 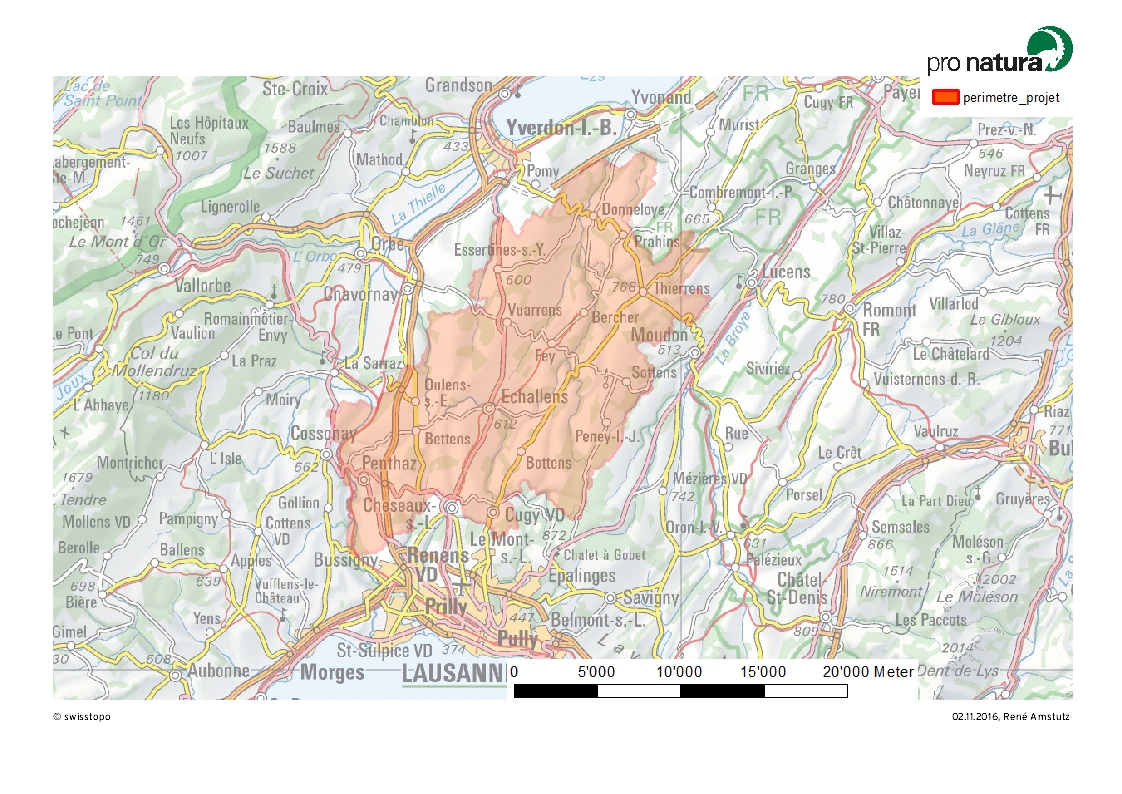 Population decline is due to several factors, including agricultural intensification, which has led to decreased availability of habitats necessary for the life cycle of these three species, as well as a homogenization of the landscape. This has led to the disappearance of many habitats of high ecological quality such as prairies and pastures, but also many secondary structures such as wood heaps, piles of stones, dry stone walls or hedges. This finding is similar in forest areas, where the lack of rejuvenation and uniform forest cover has led to a loss of biodiversity-friendly habitats. Standardized forest management practices – resulting in neatly-aligned trees, all of the same age – also contribute to the loss of ecologically-rich environments.

By 2019, the project commits to upgrading 25 agricultural and/or forest sites. Each site will be evaluated to define the appropriate measures to be taken. The secondary structures present will be rehabilitated, and new ones will be created if needed. In addition, the sites will be protected via negotiated contracts with the farmers and the competent local government services. Plot management will also be discussed during the negotiations. The project will train local actors (foresters, farmers, nature reserve managers and any other interested individuals) in the creation and management of secondary structures. A communication component will also be put in place to inform the general public of the importance of these measures and the results obtained.

To carry out this project, A Rocha Switzerland has joined forces with three nature conservation associations: REHM Réseau Hermine, KARCH, and Pro Natura, which is the project’s sponsor and covers all the costs.

Project in partnership with