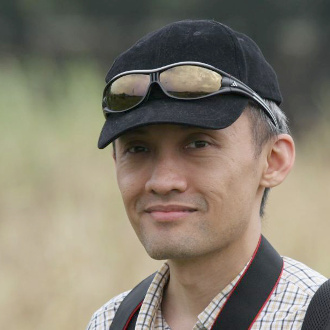 This interview was first published in the A Rocha International News, issue 55 (March 2014)

Samuel, when did you first realize that creation care is a major biblical theme?

My sensitivity to environmental issues was nurtured during my undergraduate years, studying urban planning and land use. Later, in my pastoral ministry, seeking a way to address the challenges of disciple-making in our contemporary, consumer culture, I looked into the need for re-envisioning a biblical worldview. Reading the Bible afresh, I came to understand that caring for God’s creation is fundamental to the whole narrative.

How did you get involved in A Rocha?

Six years ago, when, as I mentioned, I was seeking a better way of contemporary disciple-making, I went to study at Regent College, Vancouver. The first student group I bumped into was ‘Regent Students for Creation Care’ and one of the first activities was a visit to the A Rocha Centre in Surrey, not very far away. I was surprised to find that such a group existed. I was deeply moved and inspired. Afterwards, I volunteered at the A Rocha Centre whenever I was available.

For three years now, you’ve been working with Asian Christian communities, mainly Chinese, in Vancouver and Toronto: tell us about these congregations.

Because of the large Chinese population in both cities (350,000 and 550,000 respectively) there are over 100 Chinese churches in Vancouver and about 150 in Toronto. Most have their origins and cultural links in Hong Kong, the main source of Chinese-speaking students and immigrants until the mid-1990s. They mainly speak Cantonese, with a smaller portion of English-speaking second and third generations. Lately, following the increasing influx of mainland Chinese, through study and immigration, Mandarin-speaking congregations have been rapidly emerging.

Yes, I want it to be read in Hong Kong, Taipei and the Chinese diaspora in North America. There is nothing on the creation care theme by native Chinese theologians, and nothing like this has been translated.

Why is A Rocha putting so much effort into the Chinese church?

Chinese Christians are still a minority within the enormous Chinese population, but they have been very influential in key cities like Hong Kong (where 15% of the population claims to be Christian) and regions like Taipei, Singapore, Malaysia and Indonesia. The churches there have been a visible force for change, some in the realm of social justice. Having said that, the Chinese Christian community as a whole, is still an ‘unreached people group’ in the creation care movement. We see the Chinese church as a major challenge, yet also a great opportunity which we would like to address ‘head-on’ with never-seen-before initiatives.

If readers pray for the Chinese church, have you any particular requests from your creation care perspective?

Firstly, a breakthrough in the theological bottleneck which still persists in much of the Chinese church. Secondly, that there will be more practical creation care projects by churches.

You recently visited an A Rocha group in Hong Kong.

Yes, A Rocha has helped over 30 conservationists to form a group. Amongst them are biologists, wildlife researchers, ecology educators and sustainable farming practitioners. Many have been working in isolation, without support from their Christian communities, for a long time, yet still persist within a very difficult economical, political and spiritual environment. When they gathered together for the first few times last year, they all expressed a genuine desire to learn more about the Christian foundation of their passion, and are nurturing mutual support. They are excited to find that they are not alone; there are many like them around the globe, connected, most importantly, by prayer. They are in intense discussions about future projects.