See our Projects page for a list of all our community-based projects.

A Rocha is active in practical conservation projects around the world. These focus on resolving issues that threaten ecosystems and the diversity of their flora and fauna. Some projects are small-scale and led by volunteers; others are bigger-budget programmes involving whole communities dependent on the health of local forests and wetlands. 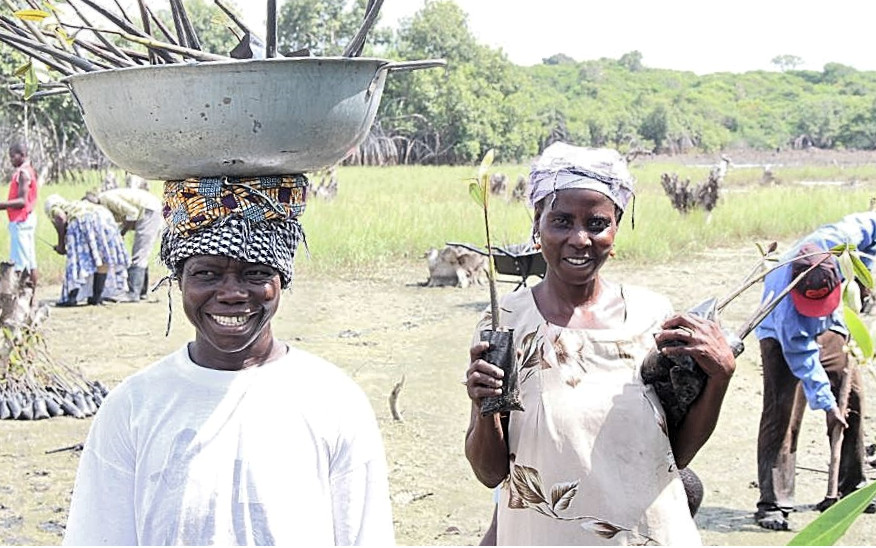 How do A Rocha’s community-based conservation projects make a difference?

The Muni-Pomadze Ramsar site on the coast of Ghana includes a mangrove-fringed lagoon and sandy beaches, of global importance for nesting Green Turtles Chelonia mydas as well as waders, terns and other waterbirds. However, the woodlands have been thinned by charcoal production, firewood collection and bush burning. During 2013-14, A Rocha Ghana worked with over 3,000 people from three adjacent villages to promote conservation and the more sustainable use of the habitats and planted over 15,000 mangroves in the degraded areas, which are now thriving. In 2016 a new project began, with two other villages, to restore local mangrove trees, build resilience against climate change and train women in the construction and use of fuel-efficient fish-smoking kilns.

Increasing the diversity of native wildlife in New Zealand / Aotearoa

In the distant past, ground-nesting seabirds were safe in their burrows on Mt Karioi, near Raglan on North Island. The introduction of rats, stoats and possums proved disastrous: now A Rocha’s Mountain to the Sea project organizes groups of volunteers determined to eradicate the predators, so that indigenous wildlife, especially seabirds, can recover. Since 2009, when the project began, volunteers have spread 600 traps over 2,000 hectares, dramatically reducing the numbers of non-native pests. In 2016, over 200 volunteers gave 4,600 hours to the project. As a result, Grey-faced Petrels Pterodroma macroptera flew around the cliff tops during the breeding season, inspecting and occupying old burrows: probably young birds looking for mates or nest sites for next year. It’s huge progress to have prospecting birds at the old colony and we are very hopeful for the future.

Turning a London dump into a community nature reserve

Wolf Fields is a three-acre former brickworks in Southall, West London. Until 2013 it was used for rubbish dumping and drug taking, but since then, A Rocha UK has involved local groups of all ages in designing and creating a haven for wildlife, children and gardeners. The allotments, fully organic and lovingly worked, produce food all year round. Local volunteers, including church groups, have planted a traditional orchard with over thirty varieties of fruit trees and bushes, which will be allowed to reach maturity and the deadwood left to benefit invertebrates. A wildlife pond, bee hives and bird boxes will help visiting children to enjoy and learn about creatures large and small.

A Rocha Canada is working throughout the Little Campbell River watershed in southern British Columbia. The watershed is home to five species of salmon and trout and a high number of endangered species, including Salish Sucker and Western Toad, but it suffers from poor water quality, low water levels during the summer, loss of wetland habitat and loss of forests due to urbanization and agricultural development. The A Rocha team, interns, landowners and local groups are involved in monitoring species at risk and water quality across the watershed. Sensitive and/or degraded sites are identified as priority habitat for restoration, which involves controlling invasive plants; fencing out livestock from sensitive riparian habitats; putting natural meanders and structures back into the river where previously removed; creating wetland features for native fish and amphibians; and planting native trees and shrubs such as Salmonberry Rubus spectabilis and Western Red Cedar Thuja plicata to encourage re-growth of native forest ecosystems.

The Kuilsriver is one of the largest rivers in the greater Cape Town area. Unfortunately, it is polluted: indigenous fish have practically disappeared and a long stretch is canalized. The river is now hardly ever used for recreational purposes. A Rocha South Africa longs to see a healthy river system cared for and enjoyed by the community and has involved the City of Cape Town in discussions. Since 2014, with this local government support, church and school groups have increasingly taken responsibility for different sections, removing rubbish and invasive plants.