One event, one future changed 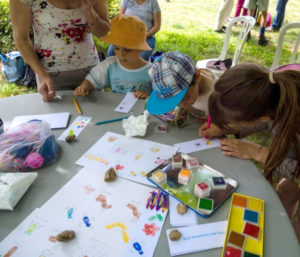 At the Fête des Courmettes, a young boy’s vision of the nature God has created was turned around.

Put bluntly, he didn’t care about the environment at all. That was for the adults. Nature’s only use for him was for fun: climbing trees, chasing butterflies, picking flowers for mum … so, riding a donkey during the Fête des Courmettes was his idea of fun when thinking about nature.

But then, he had the chance to look at the sun with an astronomer. He was fascinated! He also discovered things about geology! He heard words he didn’t even know. He learned so many cool things he couldn’t wait to tell all his friends! 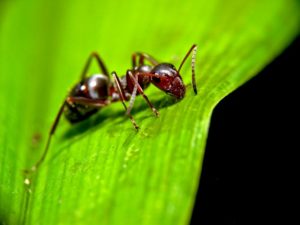 And then he was asked to build a hotel for bugs. ‘What? Do they need that?’ He hadn’t even considered that insects might need a home! At the event he learned the importance of insects in a garden. From now on he would think twice before messing with the insects in his own garden. He even thought he might start to observe them a little closer!

But what challenged him most was sieving sand. ‘Why?’ you might think. He had the same question. He was told that the toothpaste and shower gel he was using might contain harmful microbeads. Those microbeads can’t be removed during wastewater treatment and they are released into waterways and oceans (see more info). In the sand he was sieving, he found microbeads and other waste and the thought that he was partly responsible clicked in his mind.

That evening, he continued to think and asked God a question. ‘What should I do? I’m just a boy.’ He had always looked at the environment from the outside. He didn’t think he was part of it. But here at the Fête des Courmettes he had learned that he was.

And being a part of the environment makes you think about how you treat it, and the impact you have on it.

God’s answer would come some years later. But that’s another story!

The Fête des Courmettes takes place in May each year at Les Courmettes, the A Rocha France site in the south of France.

Story by Laetitia Joseph, an A Rocha International Storyteller.